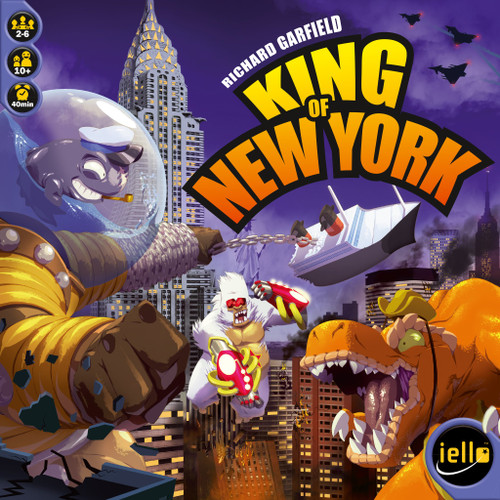 NEW CITY. NEW RULES. NEW MONSTERs. SAME FIGHT ... TO BE THE KING! There’s always something happening in the city that never sleeps. Maybe it’s the lights, maybe it’s the energy, or maybe it’s the giant monsters trying to demolish the place! Get ready for Richard Garfield’s follow up to the best-selling King of Tokyo! Who will be the King of New York? King of New York introduces lots of new ways to play, while still keeping the core ideas of King of Tokyo. Each of New York’s boroughs has its own charms, but to truly rule the Big Apple, you have to control Manhattan. Defeat the other monsters and rule the city.... Become the King of New York! For 2 to 6 players ages 10 and up.

Shadows in the Forest